Kun Fang studied painting in the academies of Beijing, Gent and Antwerp. She was remarked for her solid painting technique, colorful style and humanist, optimist approach of subjects like cultural differences and integration.

Kun participated in many cultural events around Europe and China. While cherishing collaborations and experiments, she maintained a continuous focus on painting in her studio. This resulted in an impressively large and diverse body of work.

Her work isn't limited to one style and can be organised in series along intersecting themes.
The viewer who becomes familiar with the recurring symbols and the intense color is struck by the beauty and energy of each individual work.

Kun Fang's color use is inspired by european modernism and eastern traditions of refinement.

Her work shows a refreshing lack of tendenciousness, following passion into historical styles, narratives and conceptions of beauty, accepting the search for meaning bravely and independentally.

Moving from China to Belgium meant a very intense cultural experience. In the encounter of East and West neither can be dominant; the encounter quietly continues in her work.

In her paintings she explored themes such as cultural differences and integration, managing to build a humanist, optimist vision.

One by one she discovered, adopted and treasured european avant-garde styles. Her experience in Chinese culture and art scene was a fertile background to put these impressions into work.

This resulted in a lyrical, near-abstract series in her own colors (yellow and blue) and themes (feminine assimilation, nuance and persistence vs. masculine avant-garde; eastern harmony and refinement vs. western experiment and competition).

Swinging back from abstraction, Kun started depicting figures in a stylised, minimal way.
Portrayed in full figure, without background or detail except in the face and hands and using only black, red and white. Each portrait focused on one clear body tension (pose/movement) to refine its expression and show a unique aspect of female character.

The delicately drawn figures in Black, red and white are at the same time sharp mockeries and tender icons of consumerism.

An extension of this period of psychological deepening consisted of series of portraits of friends and popular faces, and of the first Panda series.

The way the painter and her characters are looking for a positive way to identify, by times strikes as uncanningly real and fragilely human.
Their search never lands in easy irony or critique but rather in double meaning.

The panda (national, somewhat Disney-like mascot of China) becomes a bitter-sweet symbol of this search for identity.

Working as an independant artist for so many years, the different influences (craftsmanship, traditions, avant-garde, etc), their blend becomes complex, becomes her own.

Kun Fang chooses a passionate way and accepts the challenge to face diverging conventions.
In the struggle that follows she may fall back on classical depiction of situations (unity of action). But experimenting remains sacred and each time leads to a new series in a different style that is fostered by her monomanically.

If one wishes, a parallel can be drawn between this succession of intense assimilations and the psychology of repeated denial that is so human: invisibility as a child, as a student looking for work and love, as a migrant, as a woman, as an artist and so on.

Back to color and maximalism

In the clash and the wild, unrestricted, passionate blend of styles, color emerges as the structuring element between narratives too wide apart. The maximal use of color is a challenge.

It has been my privilege to follow and, whenever possible, back Ms Fang, from her first individual exhibitions in Antwerp. Through oral introductions in galeries and in written commentaries in art magazines and books, I have tried to point out the meaning of Kun Fang’s very personal style, and to clarify her endeavour in renewing contemporary painting, both in material terms and in terms of an intercultural synthesis.

More particularly, Ms Fang and I have collaborated in gallery exhibitions such as the Art Mix Gallery and Ludwig Trossaert Gallery, both in Antwerp; in interviews such as on Fenix TV; in important group shows such as The Biennale of Flemish Art, in the Château at Poeke, near Aalter, Belgium.

In my view, Ms Fang should be given more opportunities to show her skill and further explore her talents.

Frans Boenders, art critic, former broadcaster, poet and honorary president of the KVAB, Royal Flemish Academy of Belgium for Science and the Arts 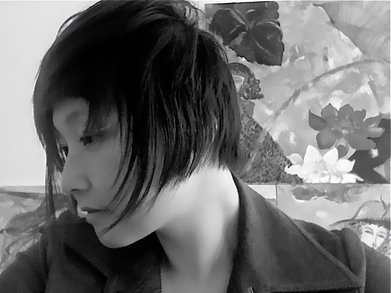 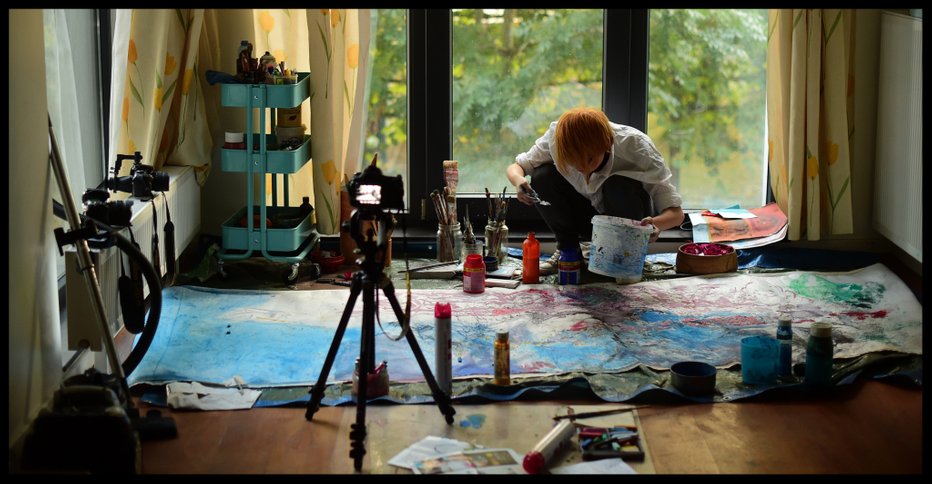